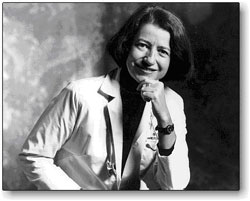 Dr. Mary Lou Clements-Mann was a Professor of International Health and Molecular Microbiology & Immunology at the Johns Hopkins University School of Public Health.  She began her public health career in 1975 as a consultant to the World Health Organisation’s Smallpox Eradication Program in India.  In addition to being CIR’s Founding Director and a Principal Investigator for the NIH AIDS Vaccine Evaluation Unit network, Dr. Clements-Mann served on several national and international vaccine committees,  including an advisory committee to the Children’s Vaccine Initiative and on the World Health Organization’s steering committee for HIV vaccine development.  Dr. Clements-Mann received global recognition for her work on influenza and HIV vaccines.  Dr. Clements-Mann and her husband, Jonathan Mann, were traveling to a WHO meeting as passengers on Swiss Air Flight 111, which crashed off the coast of Nova Scotia on September 2, 1998.

Dr. Clements-Mann is remembered especially for work in influenza and HIV vaccine research and policy and for her enthusiasm, perspective and vision. “HIV vaccines and prevention in a world without Mary Lou Clements-Mann and Jonathan Mann”.  The Center for Immunization Research is proud to honor her memory by facilitating the development of new vaccines for diseases of global importance.